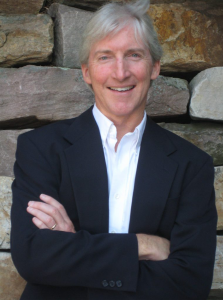 Peter Montminy is a devoted husband, father of four, and now granddad!  He is also a clinical psychologist and educational consultant who has dedicated his 30-year career to improving the mental health of children and youth.

Dr. Montminy served as the Director of Child and Adolescent Services at Penn State’s Psychological Clinic before becoming the founding director of Midstep Centers for Child Development in 1996.  In 2016, he founded A Mindful Village, where he continues his private consulting practice and training programs for families, schools, and agencies throughout Pennsylvania.  Meanwhile, he remains on faculty at Penn State University, teaching and supervising doctoral students in child clinical psychology.

His clinical areas of expertise focus primarily on the effects of toxic stress on children and adolescents, as well as children with executive-functioning deficits.  That is, he works with kids who struggle to regulate their attention, emotion, and behavior due to personal differences (eg., disorders, disabilities) and/or challenging life circumstances (eg., trauma, loss).

Dr. Montminy completed his undergraduate education at Dartmouth College.  He completed his graduate studies at Penn State University and Yale Medical School’s Child Study Center.  Since then, he has received extensive post-doctoral training in:

Dr. Montminy is also a nationally certified mindfulness instructor with Mindful Schools out of Oakland, CA.  Over the past decade, he has helped train thousands of teachers from around the world in how to bring mindfulness practices to kids.

Want a weekly dose
of inspiration?

Join the many caring parents, teachers, and counselors who receive encouragement from me on “Mindful Mondays” with an inspirational message and practical tool you can use right away.